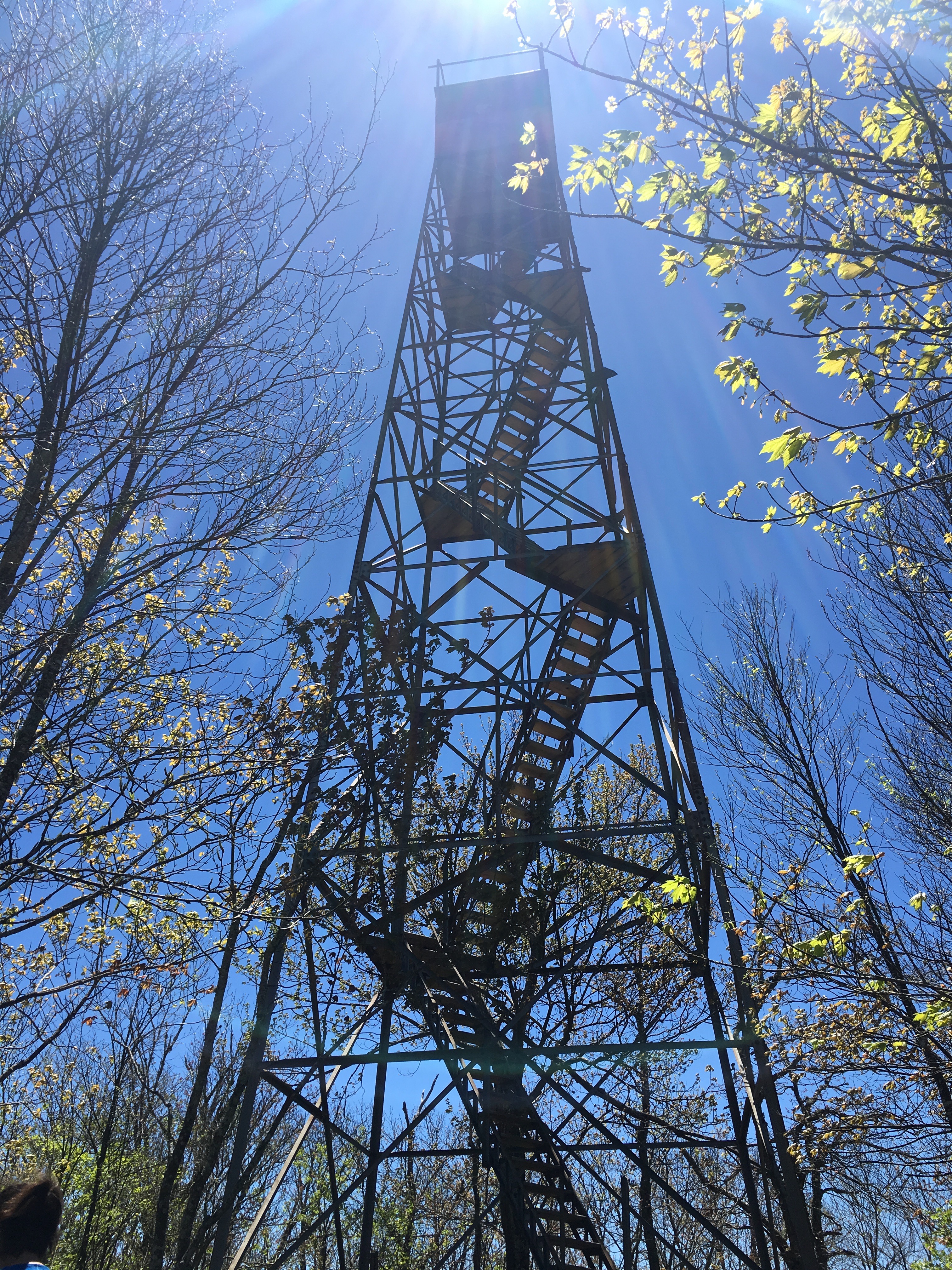 Every May, about a thousand MINI Cooper fanatics join me in the Smokies for MINIs on the Dragon. It’s a massive celebration of twisty roads, quirky cars, and the friendships forged by them.

For the past few years Art, my Brother From Another Mother, has joined me there. This year we went up a few days early and made most of a week of it. One of the things I wanted to do with our extra time was get in a “good hike.” I was walking a few days a week around home, and figured I was fit enough to walk a few miles in the mountains, for the first time in decades.

I looked at a number of options, and finally settled on a hike from the Twentymile Ranger Station (on NC 28, between Fontana Dam and Deal’s Gap) to Shuckstack Fire Tower (on the Appalachian Trail, overlooking Fontana Lake).  At 11 miles roundtrip, I figured it was probably at about my limit for a day hike. And the view was supposed to be spectacular.

It’s the tiny little tower on top of the ridge in these photos (viewed from across Fontana Lake). Our route climbs the other side of that ridge. So, the morning of May 2, 2017, Art and I stocked up on protein bars and other provisions, loaded a fanny pack and pockets with water bottles, and set off, up Twentymile Trail.

The first couple miles from the ranger station, the trail rises gradually along the beautiful Twentymile Creek, with lots of cascades and small waterfalls. The trail passes GSMNP backcountry site #93 (Twentymile Creek) and junctions with Twentymile Loop Trail and the Long Hungry Ridge Trail. Soon after site #93 and the trail junction, Twentymile Trail diverges from the creek and climbs more steeply up to the AT. A right turn on the AT, then a quarter mile on the AT southbound, leads to a steep spur trail up to Shuckstack Tower. The tower is a vestige of a bygone era, when fire lookouts kept vigilant watch for telltale wisps of smoke. A chimney is all that remains of the lookout’s cabin that was once beside the tower, the home of the men who did this lonely job. The steel tower has a wooden shack on top. In the howling wind, the whole thing is reminiscent of the Screaming Shack of Hogsmeade. The tower sways and creaks as the wind rushes up from Fontana Lake and pours over the ridge. I welcome high places and cheap thrills… and it was as terrifying as a great thrill ride. And the view from the tower was breathtaking.

After a few minutes up top, we headed down. The descent was just as beautiful… but wow, were my hips tired. I found a couple of walking sticks that helped a bit… and made me swear I’d have trekking poles the next time I climbed a mountain.

About 7 hours after starting, with copious rest stops (for me; Art is an animal), we made it back to the car. And I had started something that would become my hiking obsession. 11 miles round trip, about 2600 feet of elevation gain. We had to hunt for far too long to find lunch, at Lynn’s Place in Robbinsville. The trout was spectacular.